A Devil of a Mission to Cuba 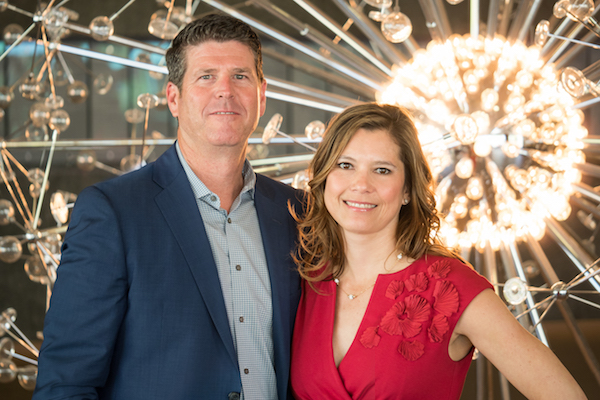 Dave Bowen, a 1972 Arizona State alumnus and almost 40 year season’s ticket holder of Sun Devil football and men’s basketball, first visited Cuba two years ago in order to explore the culture with a fascination in the “time warp” in which the people of Cuba exist.

“It’s a snapshot of the late fifties early sixties,” Bowen said. “The majority of the cars, about 90 percent, are prior to 1960 and the ones that aren’t are government owned or owned by people with close ties to the government.”

During his most recent visit in March, with the support of Bridget Arenson and Sun Devil Athletics, Bowen packed a backpack filled with Sun Devil coloring books, t-shirts, Spanish translated Sun Devil pamphlets and other items and travelled, accompanied by his wife Cindy and close friends Denny and Diana Walker, about 2,000 miles to the country.

“We would hand out the items to people that we would see on the streets or go to daycare centers or schools and give them out there,” Bowen said. “One child that we gave a shirt to went over and handed the shirt his mom. She folded it so carefully and delicately where we would just throw it over our shoulder.”

The most attainable items in the United States are hard to come by in Cuba. Hot water is not always available, almost every house or apartment lacks air conditioning, and toothbrushes are considered rare territory because of their high cost and low availability. Due to a shortage of food, many people barely survive on the daily rations supplied by the government.

“The children don’t have all the things they need,” Bowen said. “At one point in our trip we struck up a conversation with a mother and her two children. We gave them shirts, coloring books and crayons. The look on the children’s faces was just amazing. It was like they had never seen crayons before.”

Although burdened with poverty, a communist-controlled government and a crumbling historical infrastructure, a subtle hum of a constant spirit can be felt throughout the country of Cuba.

“The spirit of the Cuban people still amazes me,” Bowen said. “In Havana, there is The Malecón, which is a sea wall about six kilometers long running along a portion of the city. In the evening many of the locals come out of their apartments to sit along the seawall to cool off and to socialize with their neighbors and their favorite local beverages. People would engage us in conversation as we would walk along and would immediately flock to us when the discovered that we were from the United States. People would come up wanting to talk about the U.S. and virtually everyone of them had someone that they knew that had fled Cuba and is now living in the states.”

“It’s a flood of emotion when you go there,” Bowen said. “You marvel at the history, you marvel at the beauty and the culture and you hope that they can continue to preserve that treasure.”

Although change between the United States and Cuban government is still progressing, Bowen understands the time and money that will need to be committed before anything is truly changed.

“I want to go back eventually,” Bowen said. “There is just something that captures you when you go. If politics were somehow removed from the situation, the bridges that would be built between cultures would be amazing. My ultimate goal would be to see someone wearing the Arizona State t-shirt I gave them when I visit next. Or even better, to eventually see one of the amazing Cuban athletes in a Sun Devil uniform!”